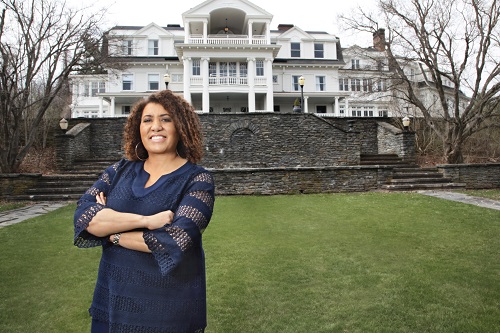 For episode #21 of the Frictionless Innkeeper podcast series, we speak with Monique Greenwood, Owner/Innkeeper of Akwaaba Bed & Breakfast Inns and star of the television reality show “Checked Inn” on the Oprah Winfrey Network (OWN). In Part 2 of a two part podcast, she discusses her reality TV show, how she defines the guest experience, and much more.

As we noted in Part 1 of our previous podcast interview, Monique Greenwood is a highly regarded innkeeper who developed the Akwaaba empire of five properties, and has parlayed this experience into an OWN TV reality show called “Checked Inn.”

While most of us will never know what it’s like to have a reality TV show based on our work lives, Monique had this unique privilege with her Checked Inn TV show.  Though this may seem glamorous on the surface, it actually required long hours of video shoots and Monique had to ensure that the televised content reflected the compassion that she truly has as an innkeeper, without allowing her guests to be used mostly for entertainment value.

As a result, Checked Inn is not typical of most reality TV shows, where producers create environments of drama and conflict to occur. On Monique’s show, she often played the role of a therapist, and strove to continually help guests productively deal with their personal issues.

Checked Inn created what Monique calls the Oprah “halo effect”, where she says there was an increased interest and booking from guests wanting to stay at The Mansion at Noble Lane, where the show was filmed.

While the show only ran for one season, Monique’s television career continues on today. She was featured on CNBC’s “Five Day Biz Fix,” on January 1st at 10 p.m. where she transformed the side-yard of her Brooklyn property into a luxury “glamping garden.”

In part two of this podcast series, Monique discusses Checked Inn, and provides her philosophy behind continually offering the best experiences for her guests.

We are very thankful to Monique for sharing her insights with us!  You can learn more about Akwaaba Bed & Breakfast Inns by visiting their website.